A Man of Honour

The prequel to A Woman of Substance, the gripping million-copy bestseller 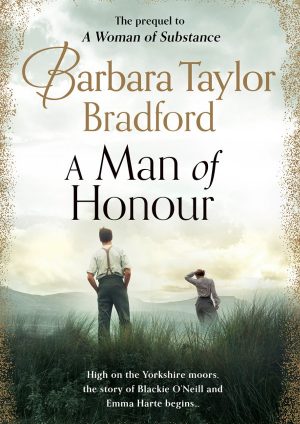 Opening five years before the start of A Woman of Substance, A Man of Honour begins with 13-year-old Blackie O’Neill facing an uncertain future in rural County Kerry Orphaned and alone, he has just buried his sister, Bronagh, and must leave his home to set sail for England, in search of a better life with his mother’s brother in Leeds. There, he learns his trade as a navvy, amid the grand buildings and engineering triumphs of one of England’s most prosperous cities, and starts to dream of greater things… And then, high on the Yorkshire moors, in the mists of a winter morning he meets a kitchen maid called Emma Harte.

In A Man of Honour, the true Blackie O’Neill is revealed. For the first time, readers discover his story: his tumultuous life, the obstacles facing him, the desire he has to throw off the impotence of poverty and move up in the world. Like his friend Emma, he is ambitious, driven, disciplined, and determined to make it to the top. And like Emma Harte, he is an unforgettable character for the millions who loved the book. 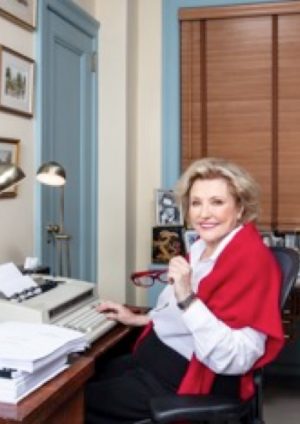 Barbara Taylor Bradford OBE was born and raised in England. She left school at 15 for the typing pool at the Yorkshire Evening Post. At 18, she became the paper’s first woman’s editor and, at 20, moved to London and became a columnist and editor on Fleet Street. She was married to her beloved husband, television producer Robert Bradford, for 55 years until he died in July 2019.

Barbara’s first novel, A Woman of Substance, is one of the bestselling novels of all time and her books have sold more than 90 million copies worldwide. Ten of her books have been produced as TV films or drama series starring actors including Liam Neeson, Anthony Hopkins, Jenny Seagrove, Deborah Kerr, Sir John Mills and Elizabeth
Hurley.

In 2007, Barbara was appointed an OBE by the Queen for her services to literature. She is also the recipient of 25 other awards for her writing achievements and philanthropy.

In 2014, Barbara became an ambassador for the National Literacy Trust, an independent UK charity that transforms lives through literacy, and is passionate about empowering girls to write and let their voices be heard through their stories.

In 2019 Barbara was made the first ever Ambassador for Women in Journalism and will raise the profile of the organisation and promote it on both sides of the Atlantic. She currently lives in New York.

A WOMAN’S AMBITION… In the brooding moors above a humble Yorkshire village stood Fairley Hall. There, Emma Harte, its oppressed but resourceful servant girl, acquired a shrewd determination. There, she honed her skills, discovered the meaning of treachery, learned to survive, to become a woman, and vowed to make her mark on the world.

A JOURNEY OF A LIFETIME… In the wake of tragedy she rose from poverty to magnificent wealth as the iron-willed force behind a thriving international enterprise. As one of the richest women in the world Emma Harte has almost everything she fought so hard to achieve-save for the dream of love, and for the passion of the one man she could never have.

A DREAM FULFILLED-AND AVENGED. Through two marriages, two devastating wars, and generations of secrets, Emma’s unparalleled success has come with a price. As greed, envy, and revenge consume those closest to her, the brilliant matriarch now finds herself poised to outwit her enemies, and to face the betrayals of the past with the same ingenious resolve that forged her empire.