International bestselling author Barbara Taylor Bradford OBE has been recognised as one of 90 GREAT BRITONS to be celebrated as part of a major portrait to mark Her Majesty The Queen’s 90th birthday. 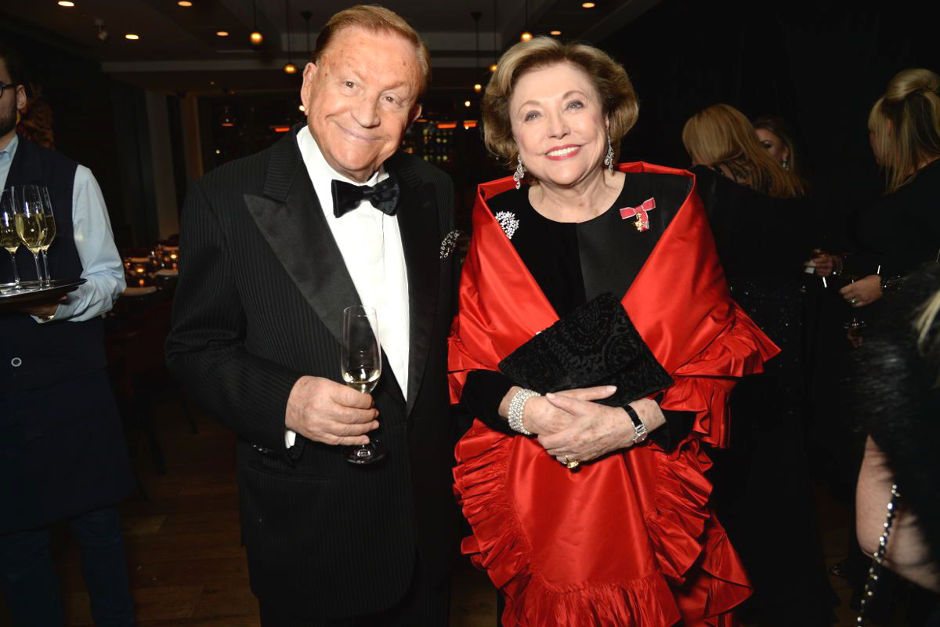 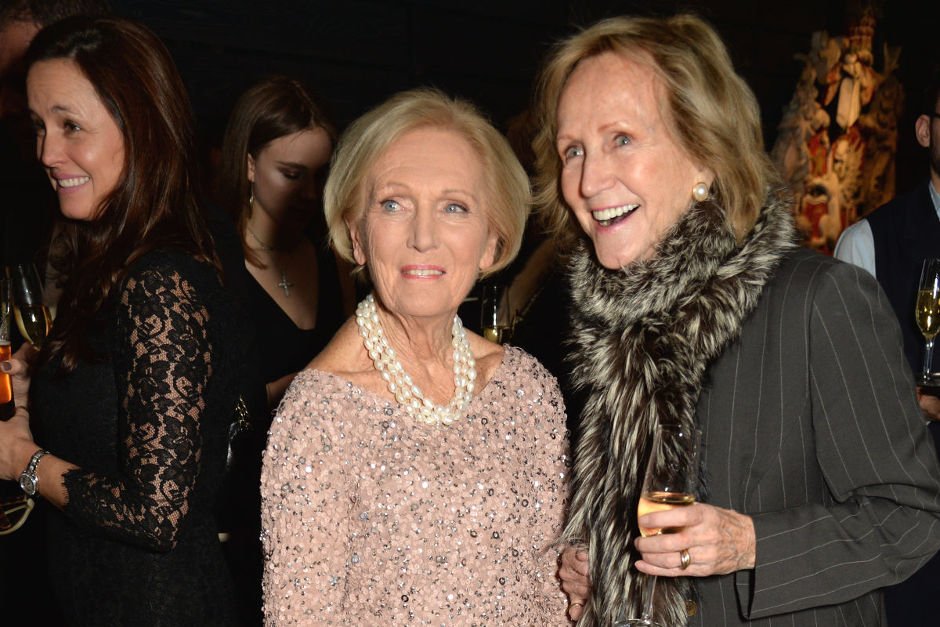 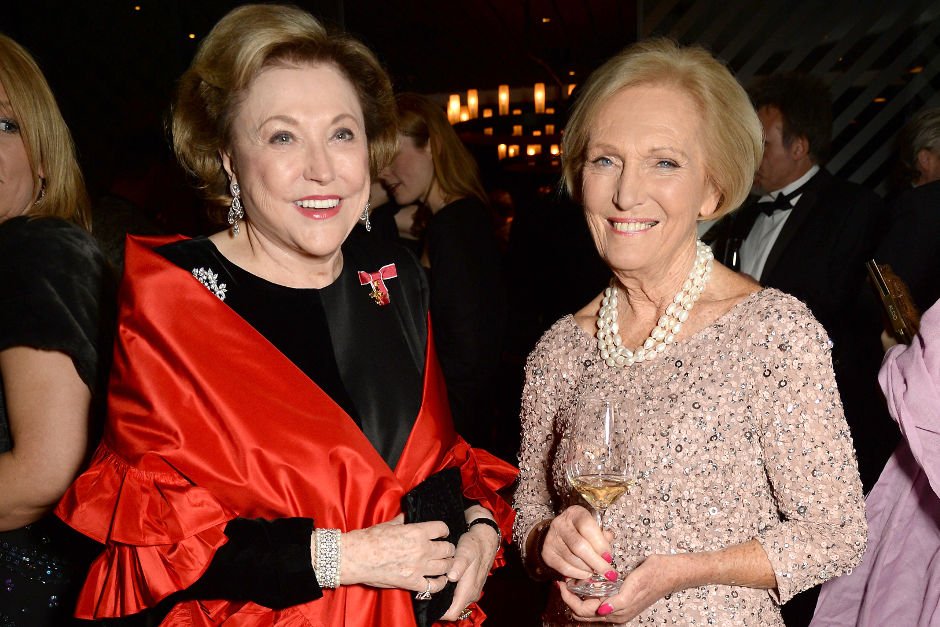 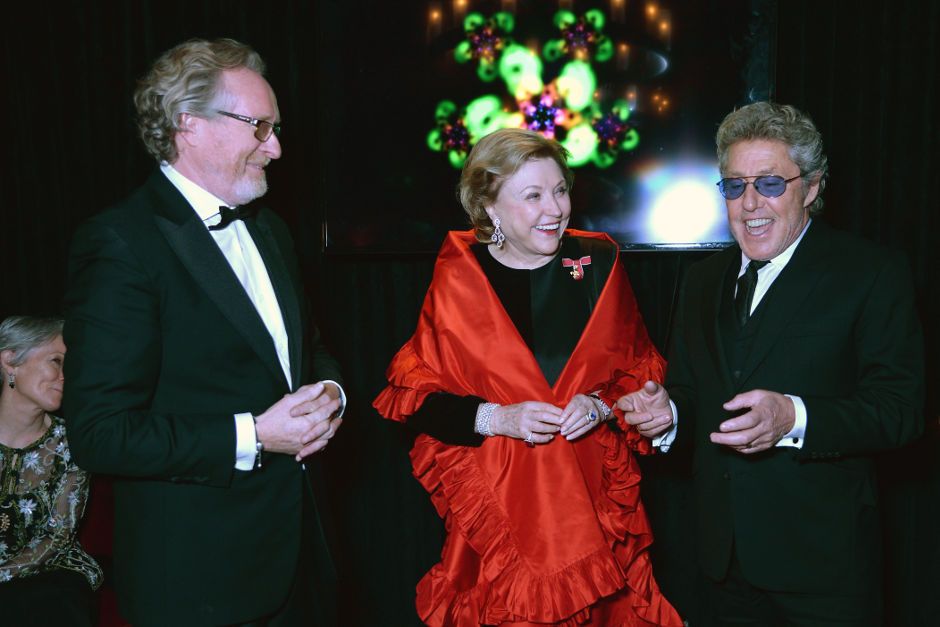 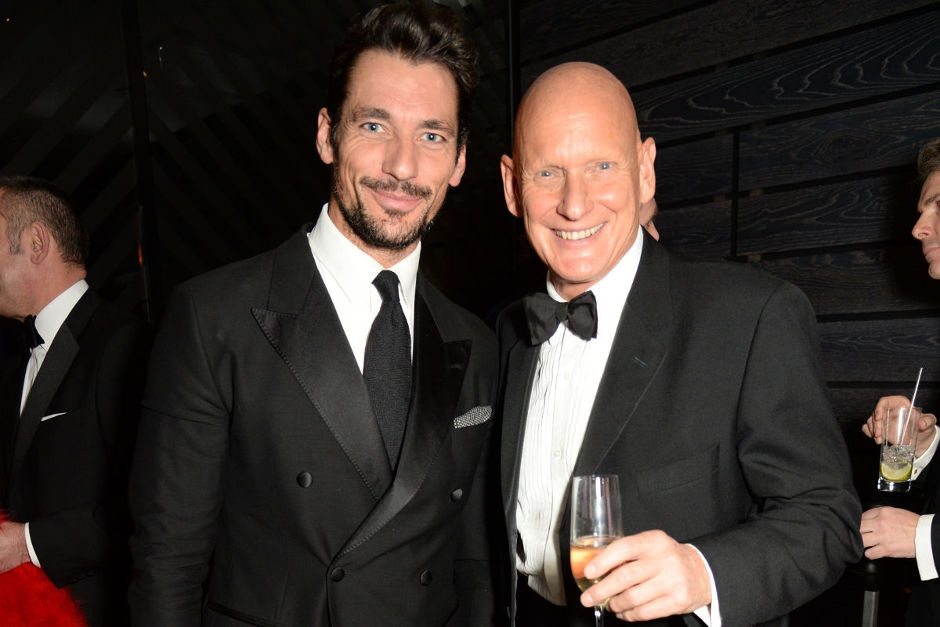 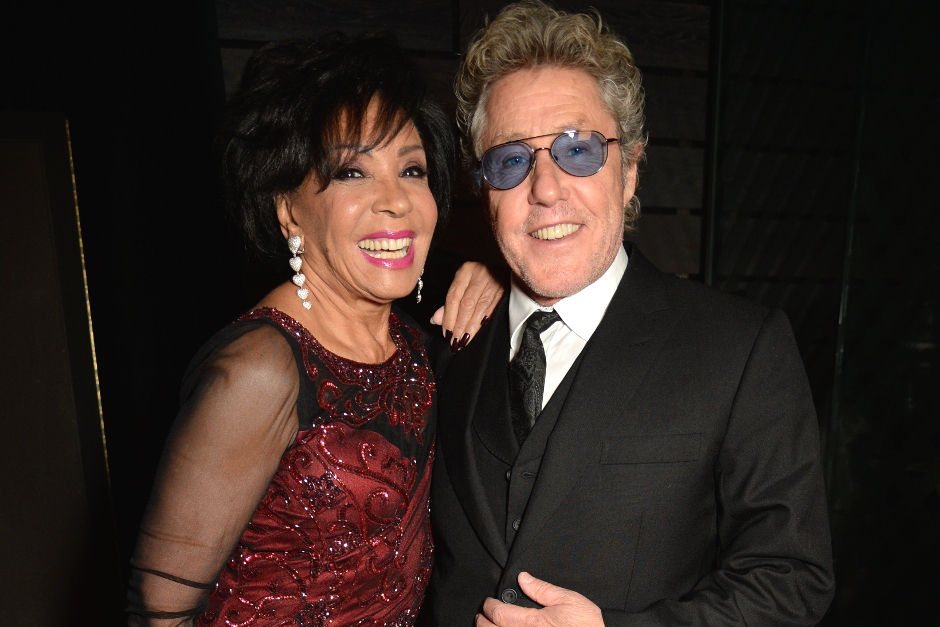 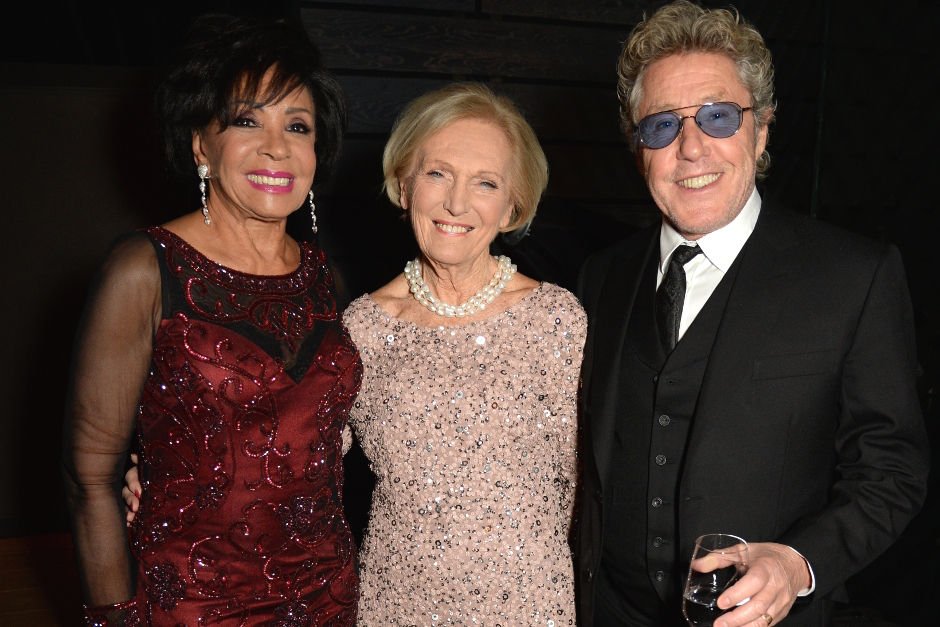 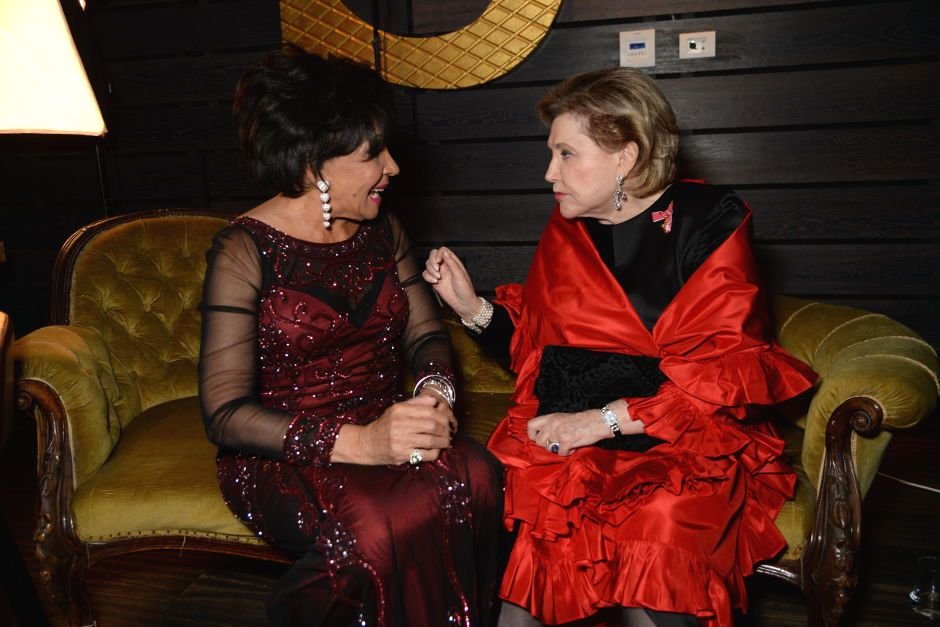 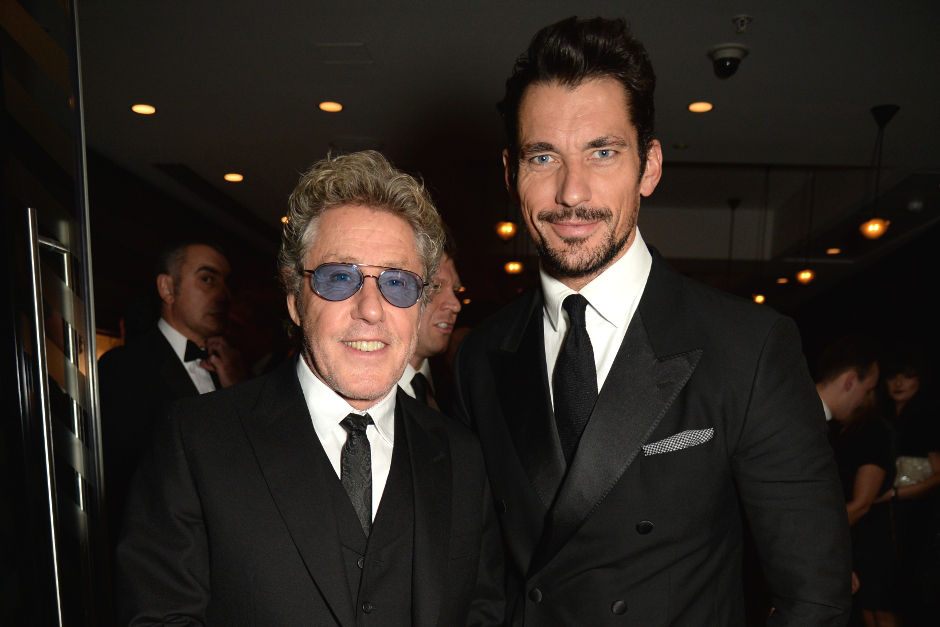 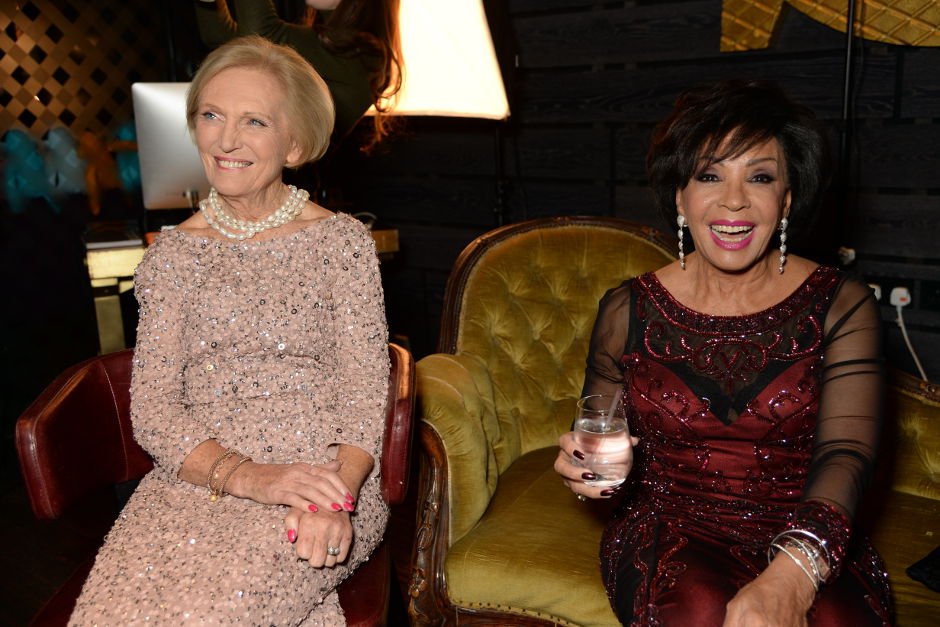 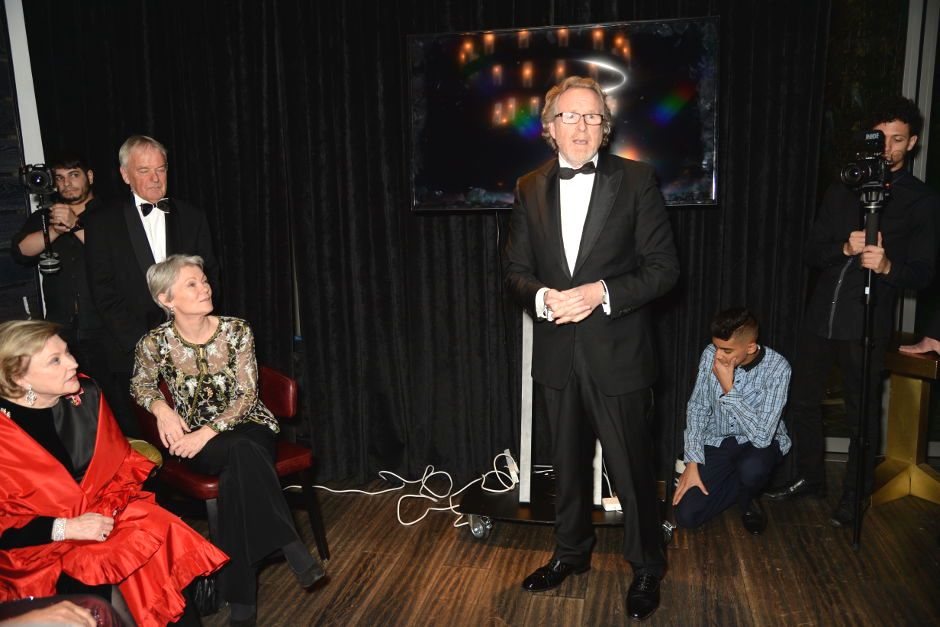 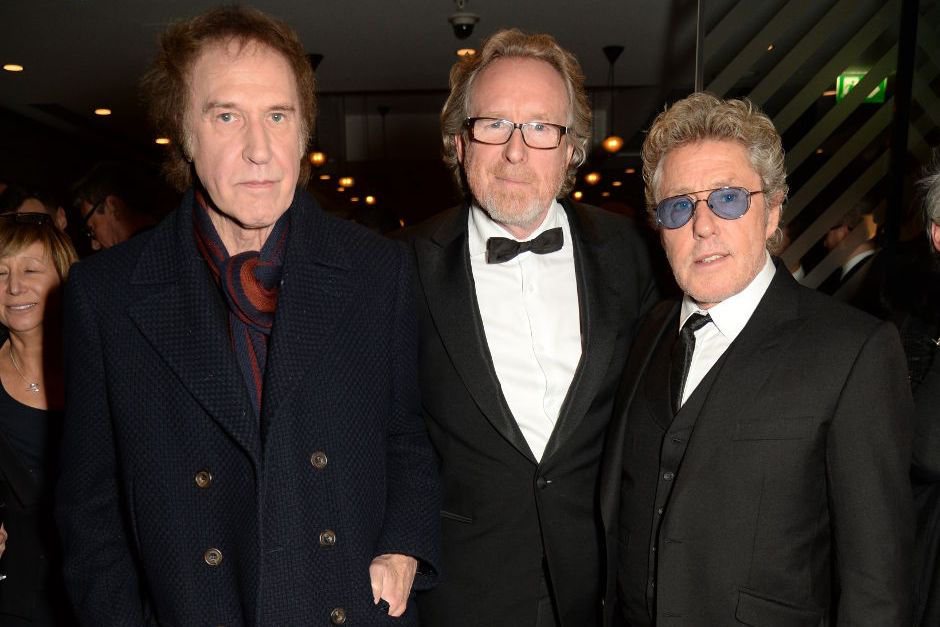 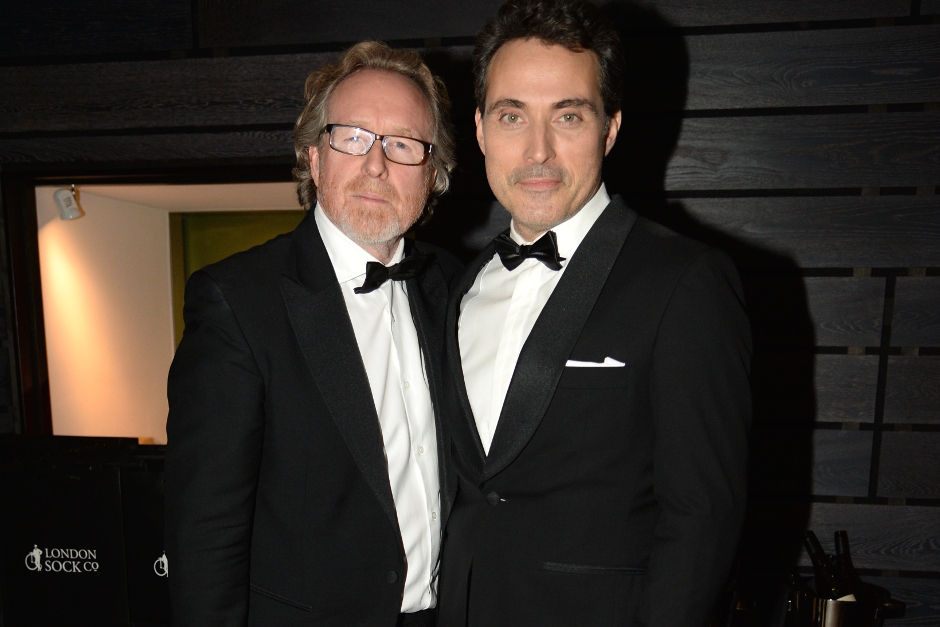 Guests at the event enjoyed an exclusive early preview of the extensive portrait, unveiled to much applause by Barbara Taylor Bradford OBE alongside Dame Shirley Bassey and Roger Daltrey CBE. The piece will eventually feature a total of 90 GREAT BRITONS chosen from the world of science, medicine, film, music, charity, food, theatre, philanthropy, sport, fashion, business, television, arts, literature, architecture and technology. The triptych will measure 16 foot in length and, on completion, will be submitted to a national gallery in Britain for acquisition.

This event took place on the 142nd anniversary of the birth of Sir Winston Churchill, who was recognised as the Greatest Briton of the 20th Century.

Barbara Taylor Bradford OBE said: “I was thrilled to hear that I was selected to be one of 90 Great Britons. It is a great honour and especially since it is to celebrate the 90th birthday of The Queen. I know I am among many, many important and talented people from all professions and it is thrilling that we have been selected because of the job we love doing, and to know we bring pleasure to people. Alistair Morrison has photographed me for many years and he is extremely talented and artistic. I think the triptych will be fascinating for the public to view when it finds it final home in a British museum.”

The GREAT BRITONS triptych will be completed on the 30th November measuring 16 foot in length. On completion, it will then be submitted to a national gallery in Britain for acquisition.

The first panel of the portrait, to date, features:

The second panel of the portrait, to date, features:

Morrison is also celebrating 20 British icons that he has had the privilege to photograph over the past 35 years (shown as a hanging exhibition within the triptych). These include:
Others invited to the last photographic sitting and event included:

Barbara Taylor Bradford was born and raised in England. She left school at 15 for the typing pool at the Yorkshire Evening Post. At 18, she became the paper’s first woman’s editor and, at 20, moved to London and became a columnist and editor on Fleet Street. She now lives in New York with her husband of over 50 years, television producer Robert Bradford.

Over 88 million copies of her books have been sold to date. They are published in over 40 languages and in more than 90 countries. Ten of her books have been produced as TV films or drama series starring actors including Liam Neeson, Anthony Hopkins, Jenny Seagrove, Deborah Kerr, Sir John Mills and Elizabeth Hurley.

Her very first novel, A Woman of Substance, is ranked in the top ten bestselling works of fiction of all time with more than 32 million copies sold.

In October 2007, Barbara was appointed an OBE by The Queen for her services to literature.

Barbara is the recipient of 25 other awards for her writing achievements and philanthropy.

Barbara is an ambassador for the National Literacy Trust, an independent UK charity that transforms lives through literacy, and is passionate about empowering girls to write and let their voices be heard through their stories.

Described as the “grand dame of blockbusters”, “Queen of the genre”, Barbara’s amazing success has made her one of the most successful writers in Britain today.

Alistair Morrison has built a worldwide reputation as one of the most celebrated portrait photographers of his generation. With 82 photographs in the National Portrait Gallery, London and numerous original edition prints in private international collections, Morrison’s work is sought after by clients internationally.

In his own Classic Collection, built up over 30 years in photography, he has photographed Icons such as Bette Davis and Sir Laurence Olivier through to today’s stars of the screen, theatre, writers, sportsmen and dignitaries. His work is on permanent display at his Gallery – The Muse Gallery – housed in a beautiful Victorian Gothic Mansion in the heart of the English countryside.

He is based in the UK but worked out of New York for five years and has been commissioned by professional and private clients to travel the world on special photographic assignments.